COURT STRIKES RULE ON WHO MAY CALL THEMSELVES EXPERTS

COURT STRIKES RULE ON WHO MAY CALL THEMSELVES EXPERTS

A long-standing prohibition in Bar rules preventing non-certified lawyers from saying they specialize or have expertise in an area of law that has been struck down by a federal judge. But U.S. Northern District Judge Robert L. Hinkle declined to strike another Bar advertising rule that past results in lawyer advertising must “objectively verifiable.” 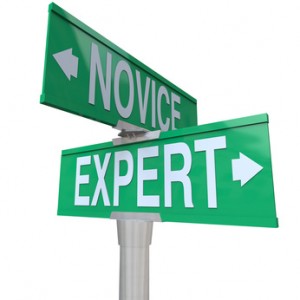 The action came September 30 in a summary judgment ruling in a suit brought against the Bar by the Searcy, Denney, Scarola, Barnhart & Shipley P.A. law firm in response to revised Bar advertising rules approved by the Supreme Court in 2013. As a result of Hinkle’s ruling, the Bar’s Ethics and Advertising Department, which reviews lawyer ads, has announced it will no longer find noncompliance for claims of specialization or expertise from non-certified lawyers.

“Instead, the Bar will point out to the filer that the advertisement makes claims of specialization or expertise, and the filer can objectively verify those claims,” Bar Ethics Counsel Elizabeth Tarbert said in a letter to Bar officials.

Searcy Denney’s claim on objectively verifiable claims was not ripe for judgment, Hinkle ruled, because the firm had only obtained a review of its proposed website, blogs, and social media presence from Bar staff and the Standing Committee on Advertising. It had not pursued an allowed appeal to the Bar Board of Governors.

“Until the Board of Governors interprets the rule in an unconstitutional matter, the challenge is premature,” Hinkle said. However, the challenge to Bar Rule 4-7.14 is proper, the judge ruled because it clearly prohibits a law firm and its lawyers from saying they specialize or have expertise in an area of law unless they are certified, even if the firm or attorneys in the firm have “successfully handled many such cases.”

Under Central Hudson Gas & Electric Corp v. Public Service Commission of N.Y., 447 U.S. 557, 563-66 (1980), the Bar can only ban such claims if they are unlawful, misleading, or if they meet the test that there is a substantial government interest in restricting the speech, the rule advances that government interest, and the rule is narrowly written to serve that interest.

“In our case, the Bar’s position rests on two premises, neither of which withstands analysis. First, the Bar speculates that a potential client will be misled into believing that an attorney who ‘specializes’ or has ‘expertise’ in an area is board certified. But the Bar has offered no empirical or even anecdotal evidence in support of the assertion,” Hinkle wrote. And if it was concerned, it could require a disclaimer that the attorney proclaiming the expertise or specialization is not board certified, he said, and better educate the public about certification. The second claim, the judge said, is that the Bar must be able to establish standards to help consumers to discern which lawyers “have special training and expertise” and without standards lawyers would be able to “self-certify.”

“The easy answer is that nobody has proposed to prevent the Bar from establishing reasonable standards. Nobody has proposed to allow a lawyer to ‘self-certify’ or to claim expertise without a basis for doing so. The Bar can prohibit untrue or misleading claims. But this is not what the Bar has done,” Hinkle wrote.

“Instead, the Bar prohibits even truthful claims. Searcy Denney has expertise in mass tort and unsafe product cases, as well as in personal-injury cases 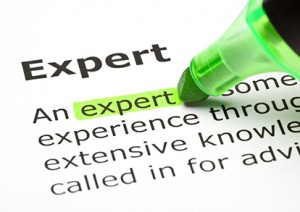 generally. The Bar has not denied it and could not reasonably do so. But Rule 4-7.14 prohibits Searcy Denney from noting on its website that it has expertise in these areas.” The judge added that under the Bar rule no lawyer can claim expertise in mass tort or unsafe product cases because no certification exists in those areas, and no firm can claim expertise in personal injury because law firms cannot be certified, only individual lawyers. “In sum, the Bar’s ban on truthful statements about a lawyer’s or law firm’s specialty or expertise, at least as applied to websites, fails all three prongs to the Central Hudson test,” Hinkle concluded.

The judge prohibited the Bar from enforcing Rule 4-7.14(a)(4). The ban against using “specializing” or “expertise” by non-certified lawyers is a decades-old prohibition in Bar rules. It was included in the first advertising rules that were approved in 1990, but even before then it was part of the Bar’s certification rules that non-certified lawyers could not make those claims.