A Naples resident was using his electronic cigarette normally when it exploded in his face last October, searing off his eyebrows and sending flames down his throat. 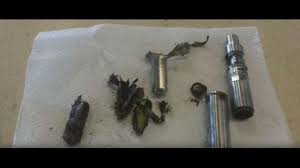 The 21-year-old was rushed to the hospital and sedated so medical personnel could address the burns to his throat and lungs, which threatened to close his airway.

“The throat started to swell, and it got to the point where he would have died,” said a Fort Lauderdale attorney who is representing the victim in a lawsuit planned to be filed in Miami-Dade Circuit Court. “They were able to intubate him and breathe for him with the machines.”

The lawsuit alleges Anaheim, California-based Vaping American Made Products designed a defective e-cigarette by using a lithium battery and not accounting for the likelihood of explosion.

“There’s a potential for lithium batteries to overheat. It’s inherent in the design of that kind of battery,” the attorney said. “If you know it might happen, then why not have some type of structural weakness in the part of the device facing away from the user? Many of them do, but this one doesn’t.”

Vaping American Made Products did not respond to a request for comment by deadline.

At least a dozen e-cigarette explosions have been reported across the country, and a handful of lawsuits have been filed against manufacturers of battery-operated vaporizers, which users fill with cartridges of liquid containing nicotine and flavoring.

A California woman was awarded $1.9 million after an e-cigarette battery caught fire while she charged it in her car. Many of the explosions have happened while the devices were charging, but this victim was not charging his e-cigarette when it exploded.  E-cigarette manufacturers in explosion cases sometimes argue the product was being used improperly.

There was nothing like that in this case.  There was nothing done even slightly differently than instructed.  It was an expensive product not a cheaper version.  It was handled properly, everything was done right, and still the battery exploded.” 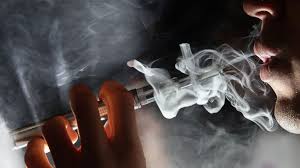 The victim has facial and internal scarring and damage.  He is still recovering in terms of psychological damage, his attorney said.  The victim’s spokesperson said he wishes government regulation for e-cigarettes was more vigorous, and he worries about the court system’s decreasing ability to force design changes through punitive damages.

The U.S. Supreme Court has in recent years made it very difficult to get very significant punitive damage verdicts.  Without those very high verdicts, there’s not enough incentives for manufacturers to change how they do business. They make more money not fixing problems in some cases.

The number of e-cigarette explosions grew last week when an Englewood, Florida, man lost eight teeth and had his jaw wired shut after his device blew up in his face, according to WINK-TV.  They’re going to keep happening.  There have been no fatalities to date, but it is just a matter of time unless they are stopped.