The Florida Supreme Court on Tuesday halted the execution of a South Florida man hours after listening to his attorney argue that everyone on Florida’s death row should be spared because of a recent U.S. Supreme Court ruling.  Cary Michael Lambrix, a two-time murderer from Glades County, had been scheduled to die Feb. 11.

On Jan. 12, the U.S. Supreme Court declared Florida’s capital punishment statute unconstitutional.  Tuesday morning, Lambrix’s attorney made a statement to the Court that to execute people in Florida on the basis of a statute that has been declared unconstitutional is just wrong.  But Assistant Florida Attorney General Scott Browne argued that the recent U.S. Supreme Court ruling does not apply to Lambrix. 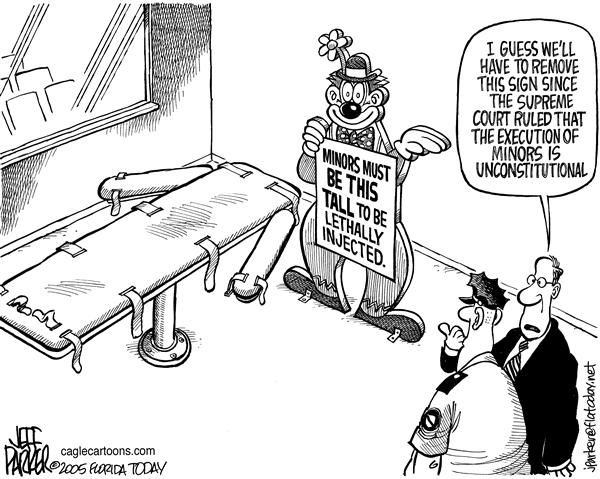 The Florida high court made no ruling on whether Lambrix should permanently be spared, only that his execution should be put off for now.  It announced its decision about 4 p.m.  Six hours earlier, in an extraordinary 45-minute session, two state supreme court justices made clear that they’re troubled by how Florida courts have decided who will live and who will die.  “We’ve got substantial inequality in Florida in what happens,” said Justice Barbara Pariente. Florida is “an outlier, which is a significant problem.”  Justice R. Fred Lewis suggested that Florida’s system seems capricious, that some murder defendants are executed while others are spared.  “There’s got to be something in the law that’s beyond technicalities,” he said.

The hearing was the first public session by the court, which must decide how to implement the new high court ruling.  Legal experts disagree on whether it should be interpreted narrowly or broadly.  At stake is how many death row inmates it will affect.  Many experts say it’s a good bet that it applies to each condemned prisoner who has not exhausted his appeals. That could be roughly 60 percent of the 390 people on Florida’s death row.  Lambrix has exhausted his appeals.

Tuesday’s hearing was about whether the new U.S. Supreme Court decision applies to him.  The Attorney General argued that it does not and, just as he should get no benefit, neither should any other death-row inmate who has exhausted appeals.  He urged justices to rule that the high court ruling corrected a mere procedural error — not a substantive one — and that it not be applied retroactively.

Justice Charles Canady pointed out that the Florida high court ruled that another key U.S. Supreme Court decision on the death penalty was not retroactive.  “I don’t see how that analysis is going to be any different now than it was then, …” he said.  If it rules this one is retroactive, Canady said, the court would be reversing itself.  Several minutes later, Justice Lewis was reported to say “We can be wrong. You have to be big enough to admit it.”

If the court decides it is retroactive, that would mean everyone on Florida’s death row would be affected.  They could be ordered to return to the county courthouses where they were convicted for new sentencing hearings.  Some say every inmate on death row should get the benefit of the new ruling.  However, some cases are 30 years old and that it would be hard to provide new jurors with the same evidence that original jurors heard.  Attorney General Browne described that possible outcome as “a catastrophic application” that would bog down trial courts across the state and be a burden to the families of murder victims, who have already suffered tragic losses. 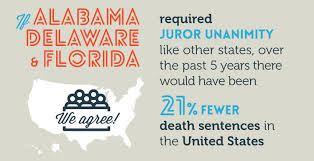 The attorney in this case argued that everyone on Florida’s death row should now have his sentence commuted to life in prison.  The U.S. Supreme Court threw out Florida’s death penalty statute, ruling that jurors — not a judge — must specifically identify why someone convicted of a capital crime should be put to death.  Under Florida’s now-defunct system, jurors were only required to make a sentencing recommendation.  Their vote did not have to be unanimous, and a judge made the final ruling.

In the nearby Florida House of Representatives, the Criminal Justice Subcommittee is working on a rewrite of Florida’s death penalty statute that would correct the problem identified by the U.S. Supreme Court and make other changes that would bring Florida more in line with other states.  The bill would possibly require that at least nine jurors agree that a defendant should get the death penalty.  Further, there must be at least one specific reason on which all 12 jurors must agree as a reason the defendant should be put to death..

Excerpt from Article from Orlando Sentinel by R. Stutzman, 2/2/2016