The time is fast coming when all those attempts to “catch’ em all” in Pokémon Go lands someone in litigation, a Washington, D.C.-based labor and employment attorney said during a recent interview.

“Any day now!” Karla Grossenbacher, a partner in Seyfarth Shaw’s D.C. office and chair of the Labor and Employment Practice Group, said during a Legal Newsline interview.

“It won’t necessarily be an employment case. However, if you are thinking, ‘When will we have legal guidance on any of the issues presented by playing Pokémon GO?’ it could be years before there is a lawsuit that actually proceeds to the point where there is a written decision on substantive motion that would provide any guidance as to the legal risk raised by use of the app.”

While there’s no Shaymin Poképuns, the kind of legal trouble expected from this game is something no one would ash for, especially employers.

The possibilities are too Chansey for employers to not ask how to address Pokémon Go, particularly in the workplace, Grossenbacher said.

“I think the answer to this question depends on the employer’s workforce,” she said. “If the employees are not caught up in the Pokémon Go craze, or at least not playing it at work, I don’t see a need for the employer to formally address it. 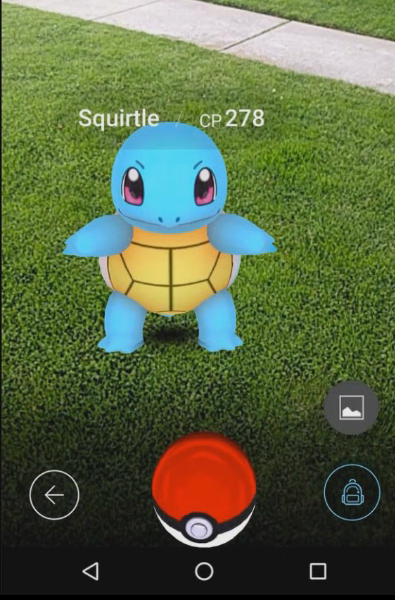 Pokémon Go is a free-to-play reality mobile app that can be downloaded onto an iOS or Android-based cell phone. Players use their phone’s GPS for locations, then capture and even train game characters.

Those stories also include tales of injury and even death.

Obviously employers should be concerned about employees playing the game while on the clock and if they could Fraxur the workplace by finding Cubone in a neighboring cubicle. However, concerns can extend to other workplace areas and equipment, including company-issued cell phones, Grossenbacher said.

“Due to the potential information security risks with the app, employers should either forbid use of the app, and similar apps or websites that pose such risks, on company phones or personal devices used for work purposes,” Grossenbacher said.

“The employer should also make sure that company information on such phones is secured and encrypted.”

Pokémon Go in an office setting may not add many new details to a company’s policies but could, in a few ways, resemble a company’s smoking policy, Grossenbacher said.

“In terms of playing the game at work, like any other game, presumably the employer would restrict the ability to play to non-work time,” she said.

“Given the unique features of this game and the attendant risk of distraction, it would behoove an employer whose employees are playing the game at work during non-work time to restrict game play to certain areas where there will not be the risk of danger to self or others while walking around fixated on catching Pokémon.”

“Pokémon Go is not the first or last app to raise information security and safety risks for employers,” Grossenbacher said.

“Rather than reacting on an app-by-app basis, employers should give thoughtful consideration to how they want employees to use technology in their workplace and how they will protect their confidential and proprietary information at the same time.”